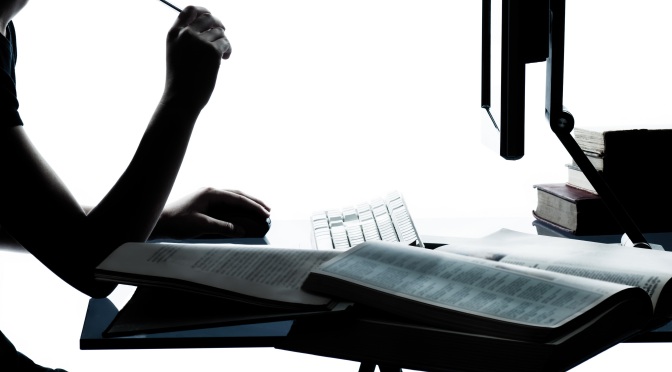 Ask any writer what the hardest part about writing is and most them will you: rewriting. For many storytellers, rewriting is not only highly challenging, but not a whole lot of fun, either.

What makes rewriting so hard?

Rewriting may be a challenge, but it doesn’t have to put a brick wall in front of your story’s future development. With that in mind, let’s look at five easy ways to make the rewriting process a little easier.

How do you tackle rewriting a manuscript that needs so much work, it’s simply overwhelming? Make a list! A laundry list is a to-do list that itemizes each thing that needs addressed in your rewrite, separated into groupings of big, medium, small, and minor. You go through the list one item at a time, devoting all your focus to solving that one problem, starting with the biggest and most important issues, and then dialing in on smaller line items from there. Addressing big rewrites ends up solving many smaller items along the way. By the time you’ve finished your list, your next draft is suddenly much, much better. Not only does making a laundry list help you get organized, it allows you to focus on only one issue at a time without getting distracted or overwhelmed by everything else that needs to be done.

For more on this technique, read the full article here.

2. Save Every Draft Separately

You never know when you are going to need a snippet from an old draft until you suddenly need it—and can’t find it! Rather than saving over your current files, save every new significant draft as a separate file (or folder). Not only does this allow you to go back to old drafts to recover useful tidbits, but if anything happens to your current draft (e.g. computer crash) or you end up rewriting yourself into a corner, you always have a backup. Version tracking and management can be crucial, especially when working on variable story lines (like video games) or when dealing with complex deliverables (such as multilateral marketing collateral).

As you proceed through multiple drafts of your manuscript, it’s a good idea to keep an updated outline of your story at all times. That way, as you get wrapped up in the smaller details of your story, you still have an easy reminder of the big picture—that is, the outline helps you see the forest while you are working among the trees. You can make notes about other points in the story via the outline without completely derailing your current writing task as well. The outline also prevents confusion as the story undergoes multiple drafts wherein story elements may change. Your outline essentially overrides any discrepancies between the different drafts, which becomes especially important if you decide to set the project aside for a few months and come back to it later on (see 5. Let It Rest below.)

Even though the process of soliciting feedback on a creative work can be painful, it’s also one of your most useful tools in rewriting. You get so involved in the world of your story that it becomes difficult to gain outside perspective—that is, how a prospective audience will interpret the story you’ve invested your heart and soul into.

A few tips for soliciting feedback:

You’re stuck. You’re frustrated. It doesn’t seem like anything is working. So you shelve the story to give it some space and “let it rest.” You aren’t giving up. You’re simply setting it aside for a while with the intent to come back to it at a later time. Does this sound like you? Or something you would like to do? Guess what? “Let it rest” is a tried-and-true rewriting method for countless writers over the centuries. Not only is it an acceptable rewriting process, it’s a highly recommended one that can help you get “unstuck.”

Here are few reasons why coming back to a story after it’s been off your mind for days, weeks, months or even years, works so well:

After all, there’s nothing so reinvigorating to your storytelling senses than picking up an incomplete manuscript that’s begging to be finished.

We’ve explored five easy ways to improve your rewriting process. These methods are by no means an exhaustive list, but they are easy and everyone can use them.

What techniques do you use to make your rewriting process easier? We’d love to hear them.

If you still need help with finishing your story—no matter the medium—don’t hesitate to reach out to our experts here at StorySci.com. We offer story consultation and rewriting services, among many others.

2 thoughts on “5 Easy Ways to Improve Your Rewriting Process”